Beaconsfield Lodge was founded at the “The Chequers Tavern” in Marsh Street (now High Street), Walthamstow in 1877. The inception of the lodge was due to five men Bros Walter Thomas Christian, James Pinder, William Gough Hallows, Frederick Hallows and Thomas Franklin.

A desire for closer Masonic Contact resulted in the formation of the Kent Lodge of instruction No. 15 meeting at the Chequers and Beaconsfield Lodge evolved from this Lodge of Instruction and the same group of brethren were pioneers in both projects.
The Founders were unanimous in selecting as the name of the Lodge “The Earl of Beaconsfield” in honour of Benjamin Disraeli” although the prefix “Earl of” was subsequently deleted by request from Grand Lodge.
Benjamin Disraeli, 1st Earl of Beaconsfield, KG, PC, FRS was a celebrated British politician and writer who twice served as Prime Minister of the United Kingdom.
Although Disraeli was still world figure at the time the lodge was formed, it was doubtless the additional knowledge of his local association with Walthamstow that contributed to the choice of name for the new lodge. In 1817 Disraeli, had been sent to Eliezer Cogan’s school in Higham Hill, Walthamstow.
There is no trace of his having been a Freemason, although his father was a mason, he did however give his consent to the use of his name and the following is quoted from a letter in the possession of Grand Lodge.

“Private
10, Downing Street,
Whitehall,
26th October, 1876.
Sir,
I am directed to acknowledge the receipt of your letter of the 18th instant asking permission to name a new Freemason’s Lodge at Walthamstow “The Earl of Beaconsfield Lodge.”
In reply I have to inform you that his Lordship has no objection to your so doing”
I am, Sir,
Your Obedient Servant
Algernon Turner.
Beaconsfield mother lodge was the Ley-Spring Lodge No. 1598 then in its infancy and who met in Leytonstone. None of the founders where members of this lodge but our first Worshipful Master W. Bro W. T. Christian P.M. who lived in Leytonstone was associated with their members.
Ley-Spring Lodge sponsored the petition for the new lodge and Beaconsfield Lodge was subsequently consecrated on 24th February 1877 at the Chequers Tavern, by the then Grand Secretary, V.W. Bro. John Hervey, P.G.D assisted by:
W. Bro. Joshua Nunn, P.G.S.B., as S.W.
W. Bro. W.T. Howe, P.P.G.P. (Middlesex). as J.W.
W. Bro. H.G. Buss, P.P.J.G.W. (Middlesex), as D.C.; (afterwards Assistant Grand Secretary.)
W. Bro. W. Stephens, P.M., Clapton 1365 and Royal Edward 1489: as I.G.
W. Bro. W. Bro Chas. B. Payne. P.M., Egyptian 27, Grand Tyler,

Following which a favourable report of the consecration was published in the Freemason of 10th March 1877.
With the local area and freemasonry growing it was not long before Beaconsfield became a Mother Lodge for the first time in 1893 sponsoring the petition for Walthamstow Lodge No. 2472 and loaning some of the lodge furniture to the new lodge.
Freemasonry continued to expend after the Second World War and in 1947 Beaconsfield was once again a Mother Lodge sponsoring another new lodge the Beacon Light Lodge No. 6399.
The Lodge continued to meet at The Chequer’s until 1897 when it moved venue to the Lord Brooke, Shern Hall Street where it continued to meet until 1906.
In 1907 the lodge was growing and to develop a wider outlook moved to the Great Eastern Hotel, Liverpool Street London which remained its home until the 1970’s, when threat of closure caused the lodge to move to the Park Court Hotel in 1973 following which Beaconsfield Lodge became a founder member of the Clerkenwell masonic centre.
The lodge celebrated its 50th anniversary in 1927 and held an emergency meeting on 11 April 1927 at the Great Eastern Hotel (Grecian Temple). W. Bro R.H. Clerke presented an address on the Lodge History. Following the meeting the brethren enjoyed a banquet in the Hamilton Hall.
The Diamond Jubilee was similarly celebrated on 5th October 1937 at the Great Eastern Hotel.
During the 1939-45 war, more difficulties were encountered than in the Great War. The meetings in September and November 1939 were cancelled due to the declaration of war on Germany and under emergency orders of H.M. Government, these and all Masonic meetings were suspended until further notice. These two meetings are the only ones to be cancelled in the history of the Lodge.

Lodge meetings resumed again on 2 January 1940 but the style of dining was strictly curtailed due to war time rationing and this continued until the early 1950’s.
The 75th anniversary was celebrated on 4th March 1952 at the Abercorn Rooms with a favourable report appearing “The Freemasons Chronicle” on 26th April.
A number of presentations were made at the March 1976 meeting, which saw the installation of W.Bro R.E. Wiggins as Worshipful Master, in anticipation of the centenary year which included:

In 1977 Her Majesty’s Silver Jubilee year Beaconsfield Lodge was proud to reach and celebrate its centenary. A Centenary Meeting was held in the beautiful No. 10 Temple in Freemasons Hall Great Queen Street a hundred years to the day on which the Lodge was consecrated. Following the meeting the brethren enjoyed a Centennial Banquet in the Connaught Rooms.
The lodge left Clerkenwell and returned briefly to its spiritual home the Great Eastern Hotel until it finally closed its doors to masons in the late 1980’s.
The 1990’s saw the lodge move to its current home in Middlesex St. New ownership and refurbishment at the Great Eastern saw the rediscovery of the Grecian Temple and Freemasons welcomed back. The lodge brethren voted unanimously to return to a venue that holds such an important place in its history on the 24th February 2017 for a special meeting to celebrate the lodges 140th anniversary. 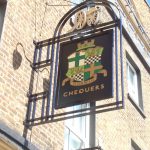 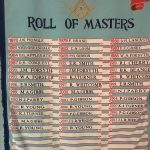 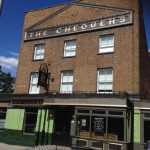 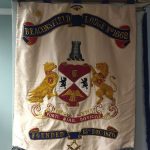 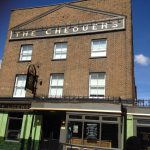 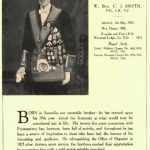 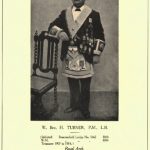 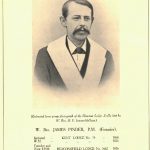 A pub supports its local community

A Tale of Two Chapters – a novel ‘link’

Read more
Read More
We use cookies to ensure that we give you the best experience on our website. If you continue to use this site we will assume that you are happy with it.OkRead more